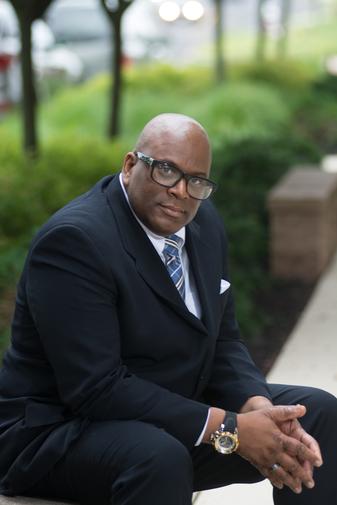 Elder Aaron Williams Sr. was born and raised in Philadelphia, Pennsylvania, and blessed and anointed to serve the Lord at an early age.  Minister Williams graduated from South Philadelphia High School with academic honors.

Minister Williams believes God did not call us to destruction, but has called his people out of darkness into the marvelous light. He often quotes Philippians 1:6 “ Being confident of this very thing, that He which begun a good work in you will perform it until the day of Jesus” and encourages the Body of Christ to not give up on themselves, God is not through with you yet.

Minister Williams understands that he is not a perfect man, but serves a God who sees us as we are, and calls us to become what He purposed in Himself before the foundation of the world. His favorite saying is, “God’s Plan is better than our own.”

He has been a part of the Deliverance Evangelistic Church’s Prison Ministry, ministering through both word and song since 1988. Minister Williams is an active member of his local church in which his Grandmother was a part of the original 8-members that started the ministry in the late Pastor Benjamin Smith, Sr.’s living room. Pastor Glenn Spalding now presides as pastor.

Coming from a musical family, Williams felt that bringing what has always been on the inside, to a platform that can be shared with all, was God’s perfect will for his life. His greater desire even for his family is that with the help of God this will be only one of many, many more projects.

As many people know, I come from a musical background. Most of my family have been blessed to sing.

Although I knew at an early age that I could sing, I never wanted my family to know because I did not want to sing on the choir!

Every time I would be asked to chime in, I came up with an excuse or I would make my voice sound horrible, so that they wouldn’t ask.

One day, when my aunts began to sing, I began to harmonize with them. My grandmother heard me, and began to praise God out loud for the “miracle” he had wrought in her grandson, by anointing me to finally be able to sing!

I often laugh about that memory, and I’ve learned through the years to be thankful to God for the gift of song.  I’ve learned to accept it as a part of my ministry to the body of Christ.

I am still in awe of what God has done and is doing in me through this anointing to sing.

May you be blessed by it.